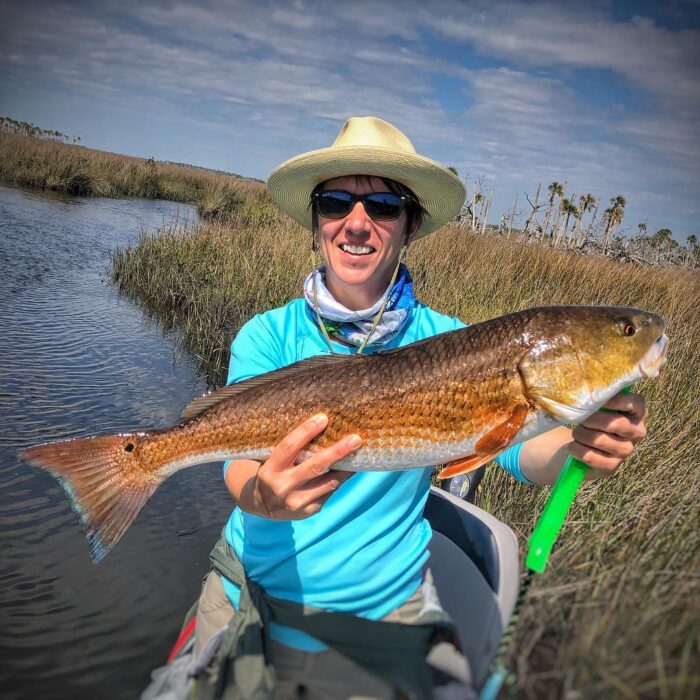 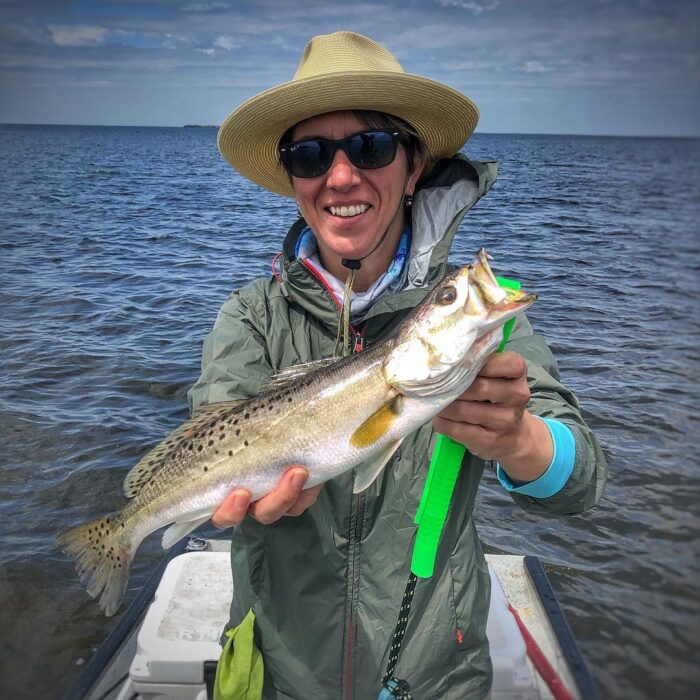 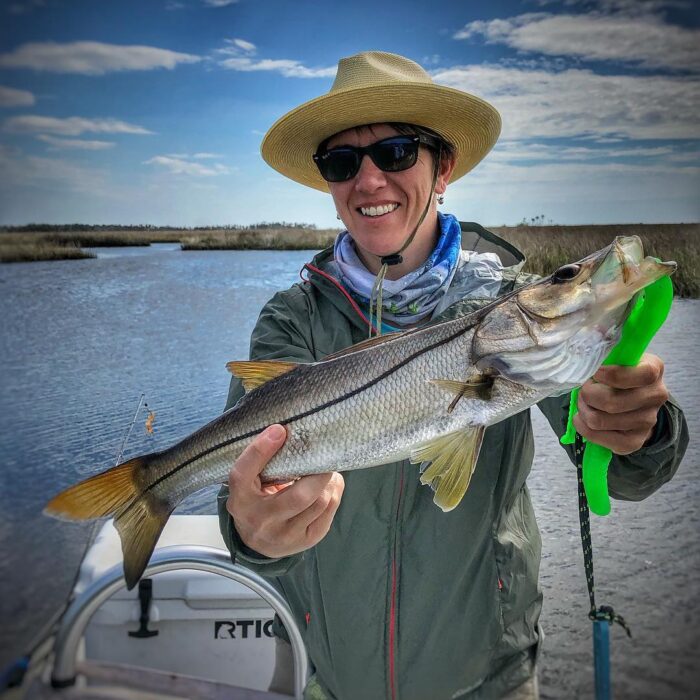 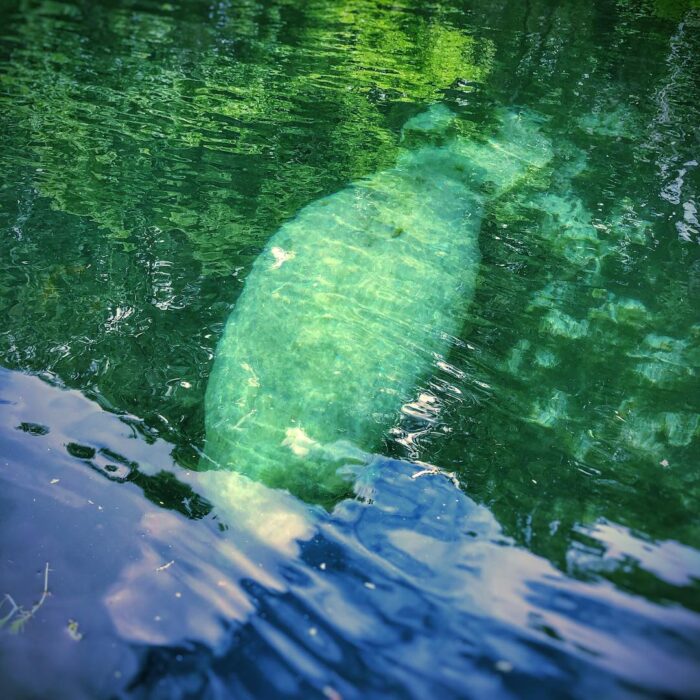 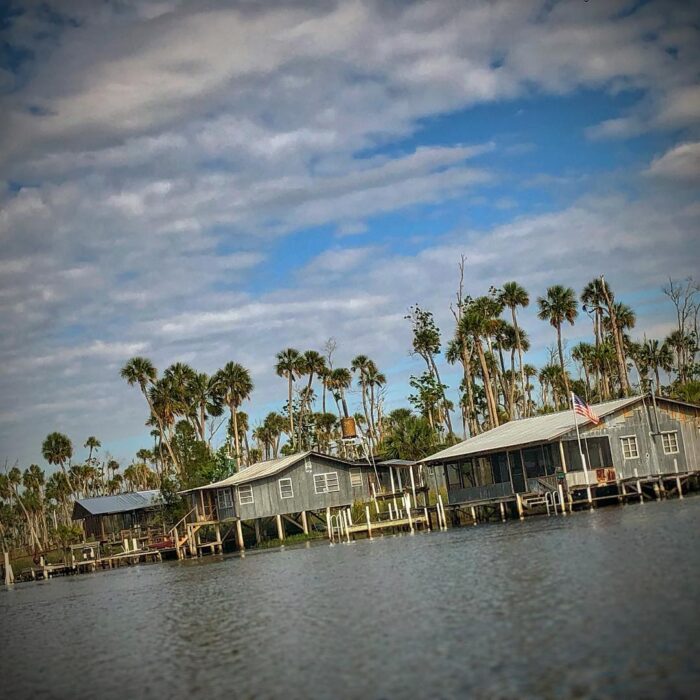 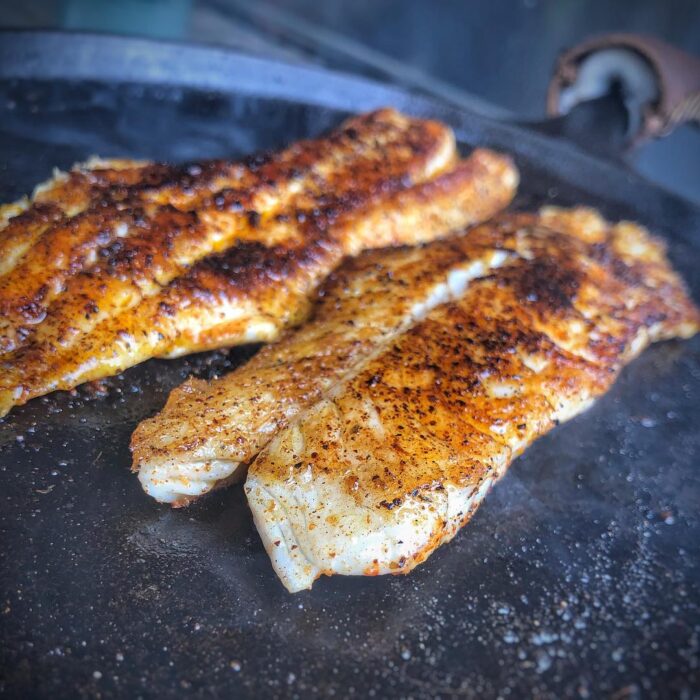 The day called for a little more wind than you’d want on the open water, so when I arrived at the spring to meet my guide, Captain Duane, he said our day out was gonna be what he referred to as “sporty.” I can only assume that meant, given the forecast, that this would be more of a fish-targeting mission and less of a pleasure cruise. Fine by me. After all, he calls his charter service “Windsplitter,” so I figured I was in good hands.

We idled through the crystal blue water toward the river, careful not to disturb the manatees seeking refuge from the cold snap in the warmth of the spring. Once out of the no-wake zone, the small, shallow-drafting skiff was pointed westward and out the river to the flats. With steady winds in the 11-12mph range, I quickly learned just what “sporty” meant. I was glad I to be wearing my little packable rain jacket/windbreaker, and downright thrilled when that little jacket, instead of my shirt, was instantly soaked as the bow came down hard in the chop. Surprisingly, given its light hull, the little Custom Gheenoe LT25, dubbed “Awesome Sauce,” handled the rough surf like a champ.

We ventured about 10 miles out from the 7 Sisters Springs, which is a few beyond John’s Island, the water-accessible homes and fishing shacks, and where the river breaks into and around tidal waterways and outstanding islands, oyster bars and mangroves. We were playing the tide, which the Northwesterly wind had delayed but not entirely detained. As we awaited that magic hour around high tide when the redfish come into the shallows to feed, we drifted the flats trying to pick up a stray trout. After some close calls fighting extremely shallow water and wind, I was finally fighting a respectable if not write-home-able spotted sea trout. A great size for eating. If you’re squeamish about that sort of thing, don’t look at that last pic!

Finally, the tide had come in enough and we headed a couple of miles back in to start threading the backwaters stalking reds. We found a hole in a bend that looked pretty fishy, so we gently dropped the anchor up current to try our luck. The bite was slow which was even more maddening as we saw the occasional wake made by an sizable fish in the shallow coastal water. But just as the wind, which had calmed a bit, began to pick up again, making me wonder if it was near time to move on, something besides the bottom gave a tug at the end of my line! Once on the hook, this sweetheart put up quite the fight. It was readily apparent that we’d have to pull anchor and make chase as it took off around the bend, reel drag whining in protest, me grinning and grunting through the delicate tug of war that requires you pull hard enough to keep the fish but not so hard as to break a line or pull a knot. As Capt. Duane scrambling to get us loose to follow, the line went slack and my heart sank. But the fish had just come back our way for a second and then the match was back on. We made our way around the corner, spooking the few remaining reds in the hole as we went by. The afternoon sun had parted the morning’s deck of clouds by now, and as the red came to the surface with the flash of a giant shiny penny, I swear I teared up a little. So beautiful. After bringing the fish to the gunwale a few times only to spark another run, it was finally in the net and in the boat. I could breathe again.

A nice, 26-inch red drum…just barely inside of the top end of the slot for keepers. I think the assumption was that I’d be adding it to the cooler, but I just couldn’t. Dinner was already on the table with the trout I had kept earlier. This would have been more than we needed, and keeping such a beautiful specimen was just more than my rapidly beating little angler’s heart could take at that moment. This species can live upwards of 40 years, and I suspected this one had a bit more livin’ to do. So a quick pic as it “drummed” in my hands, a little re-acclimation to it’s watery home, and then grateful send off.

The time was nigh to make our way in via a couple of stops in route to see if we could snag another. No more bull reds, but a little snook rounded out the day and amounted to what they refer to as a “grand slam” around here…trout, snook & red in the same day. Back home saw the fillets blackened on the cast iron, cradled in a tortilla with a little fresh slaw, and accompanied by a local IPA while I spun fish yarns fireside. A few hours on the water, a few fish on the line, one good fight, one delicious dinner, and a boatload of fun. I’ll take it. Thanks Captain Duane..